An education revolving around extreme theories of mathematical calculations and patience.

In the small Swiss haute horlogerie community one might view Daniel A. Spitz as an abnormality. You see he is an American that headed down a path toward the most covertly guarded secrets of Swiss high horology, to be unmasked into his hands.

Daniel A. Spitz is a third generation Master Watchmaker. He remembers sitting on his Grandfather’s lap in his watch and jewelry store in the Catskill Mountains of New York when he was eight years old staring at the inside of a Patek Philippe in amazement. His childhood bedroom  resembled piles of torn apart mechanical and electrical  devices from not only his father’s giving, but most of his neighbors. He just had a viable way to somehow repair what others gave up on.

He is the former head Master Watchmaker of Complications Specialist and instructor for Chopard, North and South America, as well as being the creator of all teaching courses for other watchmakers. He held these same positions for Leviev watchmaking for 5 years. He has owned and operated three restoration and after sales service centers  specializing in pre 1960’s mechanical complicated timepieces. He holds a 4 year watchmaking degree from the Bulova school of watchmaking and has received the scholarship, and graduated from, the most prestigious traditionally trained watchmaking school on our planet, WOSTEP, in the heart of watchmaking, Neuchatel, Switzerland. He was taught by the courses creator Antoine Simonin in Switzerland. Mr.Spitz was also a ghost builder for many brands, did consulting on parts longevity of new calibers coming to market for Chopard such as the 4 barrel LUC quattro caliber, as well as other major brands. He has extensive knowledge of vintage time pieces.

Bringing awareness to classically trained Watchmakers from the U.S.A.

Daniel believes in open source watchmaking and is doing his best to help spread the knowledge before it’s lost to the current trend of robot machining to finished part. Traditionally trained watchmaking is now surging in independence and a very viable job area for those who can excel in working alone, and are driven. His new atelier for movement creation will expand in the future to be able to hire a small number of young traditionally trained Watchmakers. The goal is to get these young Watchmakers on their way to being independent American haute horlogerie creators, while giving them the ability to utilize rare vintage watchmaking machines they would be accustomed to if schooled in Switzerland, but located here in the United States of America. There are ways you can help support this mission so feel free to contact us.

He is a Speaker

He is a watchmaking speaker who has spoken for the WOSTEP curriculum at their schools.

He Is Quiet but They Find Him

CNN / Great Big Story has done a wonderful short biography on Daniel A. Spitz so please check it out.

The future push forward of American Watchmaking via Haute Horology and Daniel A. Spitz

Daniel A. Spitz Watchmaking is launching its first haute horology caliber J11.13 completely designed and built from A to Z in his atelier after more than 3 years of research and development. You can follow the progress on our instagram and social media avenues. Please feel free to support traditional true hand made watchmaking at its highest form in the United States of America.

“We must pass on classical Watchmaking techniques to a new generation before it’s lost forever.” Daniel A. Spitz

“Haute Horlogerie Watch-making is a humans art created through passion.” Daniel A. Spitz

DOCUMENTARY ON DANIEL A. SPITZ.

“ Daniel A. Spitz broke the 53 year old record and became the fastest graduate of the Joseph Bulova School of Watchmaking, NYC and holds this title in perpetuity..” 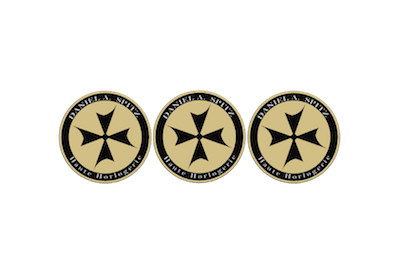