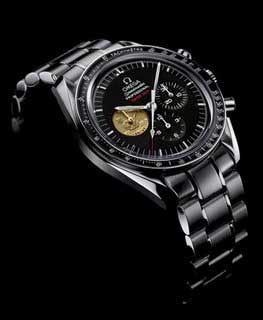 I will be talking about OmegaSpeedmaster Moon versions for years and years to come. Any version with the Lemania movement is top noch and under priced. A wonderful daily wear or weekend switch hitter if you’re in a Patek during the week and going boating or to the moon in your private rocket. Maybe just a nice balloon ride headed toward the moon will suffice. Here is a new limited version. 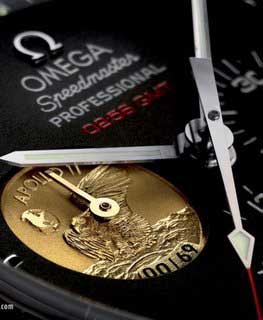 The first landing of a manned spacecraft, occurred on July 20, 1969, and was one of the largest and most spectacular scientific achievements in the history of mankind. Neil Armstrong placed his foot on the lunar surface at 02:56 GMT on July 21. Nineteen minutes later he was joined by Buzz Aldrin, who was wearing his Omega Speedmaster. And so a legend was born. An interesting comment: the electronic clock in the lunar module was not operating properly, and Armstrong left his watch on board, if necessary to act as a reliable substitute.

A very limited release with an unlimited luxury
The case and bracelet are in platinum and the medallion and the small second hand are in 18 carat yellow gold, like the medallion on the caseback. The hour hand, 30-minute hand and 12-hour hand are of platinum.